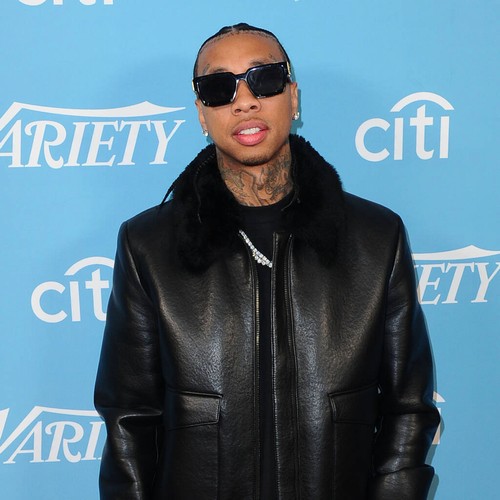 Tyga has been accused of emotional, mental and physical abuse by his ex-girlfriend Camaryn Swanson.

Sources close to the Rack City hitmaker told TMZ on Monday evening that Camaryn showed up at the star’s home uninvited at 3 am Monday morning “shouting at the top of her lungs” and appeared to be under the influence.

According to law enforcement sources, after she left the property, Camaryn reportedly called the police to allege that Tyga had put his hands on her during an argument and they took a report for felony domestic violence. The rapper refused to speak with officers on Monday morning but reportedly intends to go down to the precinct on Tuesday morning to give his side of the story.

After the report was published, Camaryn took to her Instagram Stories to show a photo and video of her alleged injuries, which include a bruised eye. Besides the photo, she wrote, “@tmz_tv I’ve been emotionally, mentally and physically abused and I’m not hiding it anymore,” while next to the video, she penned, “I’m so embarrassed and ashamed it had to get to this but I have to stand up for myself.”

Camaryn also shared a screengrab allegedly of a text exchange with Tyga which purportedly shows him organising a car to pick her up on Monday morning, which refutes the suggestion she turned up unannounced.

“@tmz_tv i didn’t show up ‘screaming’ or uninvited. when i tried to leave he physically assaulted (me) and refused to let me leave for hours,” she claimed.

Tyga has yet to respond to her allegations.

He reportedly began dating Camaryn in early 2021, with them going Instagram official in March. TMZ reports they had already split up before the incident, although it’s unclear exactly when they parted ways.