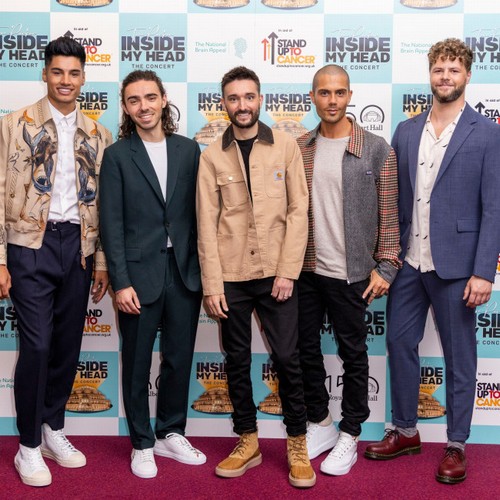 The Wanted had been singing the wrong lyrics to their songs for a decade.

The reunited boy band recently returned to the stage for the first time in seven years to perform at band member Tom Parker’s ‘Inside My Head’ Stand Up to Cancer charity concert at London’s Royal Albert Hall, and they’ve confessed they discovered in rehearsals that they had been mixing up the lyrics to their hits previously.

Jay McGuiness told the Official Charts Company when quizzed on who was the “rustiest” in the rehearsal room: “All of us to be honest! We also realised that some of us have been singing the wrong words for 10 years.”

Elsewhere, Max George spoke about their new single, ‘Rule The World’, which he had originally penned for Ari Leff aka Lauv, and how he wanted it to sound like an old The Wanted song with a modern twist.

He explained: “I wrote it with Lauv four or five years ago – I didn’t know he was Lauv, I knew him as Ari Leff, but he’s changed his name since. I put it in front of the boys and they liked it. When I did songs myself, I naturally did songs that would kind of fit The Wanted.

The new track features on ‘Most Wanted – The Greatest Hits’ LP, which is out now.

The collection also includes mega-hits ‘All Time Low’ and ‘Glad You Came’, the 2010 Comic Relief single ‘Gold Forever’, ‘Chasing The Sun’, ‘I Found You’, ‘Warzone’, and ‘Show Me Love’.

Richie Sambora: ‘That’s what song writing is, it’s sharing our joy and tragedies’