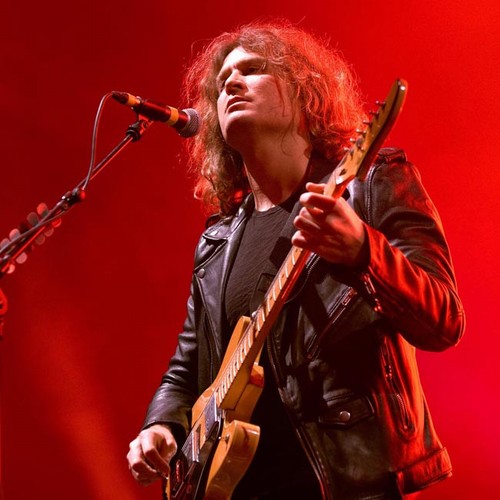 Dave Keuning has revealed ‘Thriller’ inspired him to be a musician.

The Killers guitarist – who co-founded the group with Brandon Flowers in 2001 – explained how Michael Jackson’s iconic 1983 single lit a fire in him when it came to his own love for music.

Appearing on the ‘Off The Beat & Track’ podcast, he said: “I was really young and that was probably the first song that… I didn’t know I was going to be a musician, and it just made me love music so much.

“I got the whole record and that song gives me chills, or at the time. It’s got a little bit of everything.

“It’s strangely scary – if you’re a kid, which I was at the time, like six. But just the great main line of it, the bassline and everything. It just really had an impact on me.”

He then discovered the album of the same name, which further helped him “get into all music at that time”.

Jackson – who died in 2009 – was accused of sexual abuse by James Safechuck and Wade Robson from childhood to their early teenage years in the documentary Leaving Neverland and was also acquitted following a 2005 trial of molesting another young boy, Gavin Arvizo.

Keuning admitted while he understands why some people don’t feel they can listen to the late singer’s music because of the allegations, he can still enjoy the songs.

He explained: “I don’t wanna talk too much about that because I don’t know what happened. I certainly don’t condone any of this stuff or mean to be insensitive to those who might be ticked.

“But one, he’s dead – so the music is just notes and chords and a dead guy’s vocal, and Eddie Van Halen’s solo on ‘Beat It’. These are undeniably great things.

“I can understand if some people don’t wanna listen to it – I don’t listen to it every day, but these are my memories before they were tainted.

“The music was good then, and unfortunately it’s still good now. I don’t really know how else to say it.”