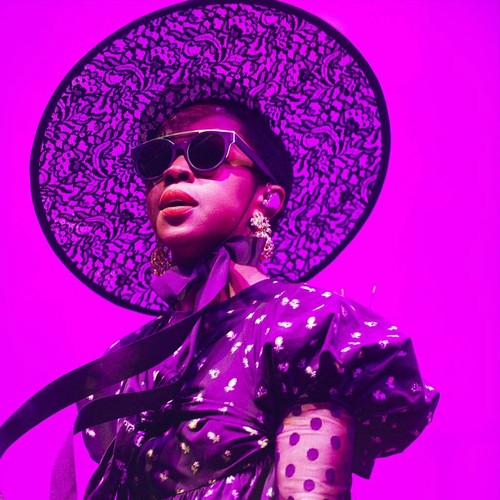 Lauryn Hill voiced her support on Thursday for a bill that would allow musicians to leave record labels before the end of their contracts without legal repercussions.

The Doo Wop (That Thing) singer took to Instagram to raise awareness for the FAIR Act, which would repeal an amendment to California’s Seven-Year Statute. The amendment allows record labels to sue artists for damages if they leave their contracts after seven years but before delivering the required number of albums stipulated in their deal, Billboard reports.

“No institution should be allowed the opportunity to control the market by controlling the output of a creative being for some ridiculous, indefinite period of time,” Hill wrote on Instagram, explaining why she supports the new act. She added that the Seven-Year Statute “is not only unjust, it’s dangerous, and at its core a violation of the principles of free expression.”

Hill referred to the practice of record labels blocking the release of new music and then stopping artists from releasing it with another label.

“Artists’ expressions ARE their voices, and an extension of their free speech and should not be contained, caught-up or controlled beyond a reasonable amount of time by an institution with the money and power to obstruct and deny someone’s output indefinitely,” she wrote.

The Act cleared its first hurdle last month when it was passed by the California State Assembly’s Labor & Employment Committee. A hearing and vote will take place with the Arts Committee, members of which were tagged in Hill’s Instagram post, on 19 April.

Related Topics:championscubanflowLaurynmusic newsworld music
Up Next

Harry Styles’ As It Was scores second week at Number 1

DaBaby shoots intruder in the leg on North Carolina estate