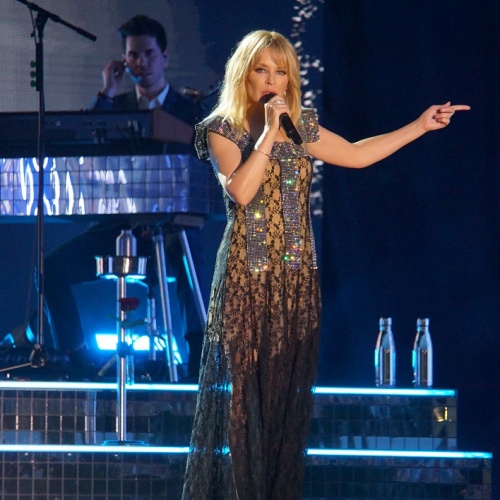 World Music
Oct 7, 2021 admin 45 Views 0 Comments cubanflow, Kylie, Minogue, music news, world music
Post Views: 13
Fitzy & Wippa were joined by the iconic Kylie Minogue following her decision to relocate back Australia. Kylie says there’s been so much change and she felt like more time with family. Sarah McGilvray asks if Kylie will be bringing her boyfriend Paul down under and Kylie says “As and when he can” “When travels a little bit easier”. Kylie hopes to have more downtime when she comes back to Aus saying “it’s reassessing my work life balance”.

Kylie reminisces on the first time she and her family stood around the kitchen and heard her song Locomotion on a local radio countdown come in at #1 saying “I’ll never forget it”, memories of Blue Light Disco and not letting her parents drop her out the front and the one time she and a girlfriend were rejected from Chasers nightclub in Melbourne!

Kylie Minogue “This year I spent quite a bit of time in Melbourne and yeah I just thought there’s just been so much change and we’ve had to adapt and think differently the last 18 months and I just felt like a bit more time with family. I don’t’ think too much will change but my parents are over the moon”
Sarah McGilvray” Is it true that when the news broke that your local restaurant called you with a problem with this move?”
No they didn’t call me, my boyfriend Paul and I went to our local Spanish restaurant which I absolutely love. One of the managers there he put his arm around me and he sounded so stressed and he said “Kylie tell me you’re not moving, no you can’t, you have to come back, we can’t be without you”. I said “it’s okay I’m not never coming back, I’ll probably see you more than I do now because when you’re not kind of like, I’ll just stay home and watch TV I’d like to do more things when I’m here”.

Kylie Minogue “The fact is, it’s quite simple, I’ll be spending more time in Australia.”

Wippa “can I ask are you going to work when you get home, will we see you on TV, are you going to keep music going or are you going to put your feet up?”
Kylie Minogue “That doesn’t really happen, I’m just met with ridicule when I say that’s it I’m going to take a break. But this period, the last 18 months, there have probably has been times so it’s reassessing my work life balance, trying to be more sensible with my time… as I’m looking to do a night shoot for my next video, that doesn’t seem to be translating all the time!”
Sarah “so Kylie does Paul then come out with you?”
Kylie Minogue “As and when he can, he would love to absolutely. When travels a little bit easier but you know we’ve had to be patient and do things a bit differently but everyone is adapting and it’s kind of interesting and liberating doing things a bit differently”

Fitzy “What was the first song you heard on radio from yourself?”
Kylie Minogue “It was locomotion, 1987 so a long long time ago. There was a weekly ‘eight at eight’ and callers would dial in and vote for their favourite song. I was with my family in the kitchen of our house. The countdown went ‘in at eight we’ve got, seven, six..’ so the closer we got to number one the more and more dejected we were like ‘oh well’ and then it said ‘new in at number one, Kylie Minogue with locomotion’ and I will never ever forget it.”
Sarah “do you get the same buzz now or it can never be as good as the first time?”
Kylie Minogue “Well you can’t repeat the first one but yeah I spoke with a friend, a guy I work with at my label last night and he said how are you feeling and I said actually it’s kind of like the first day of school, I’m kind of really excited and nervous”

Fitzy “can you take me back, what was the first night club you went to, can you remember?”
Kylie Minogue “Well the first pretend night club was bluelight disco, obviously, just begging mum and dad like “stop stop stop” to pull up the block before you get there, can’t be getting straight out! Then it would’ve been Chasers or Chevron in Melbourne, I think my girlfriend and I were maybe not let him to chasers one night. Maybe we looked 15 , we weren’t. Oh the good old days!”