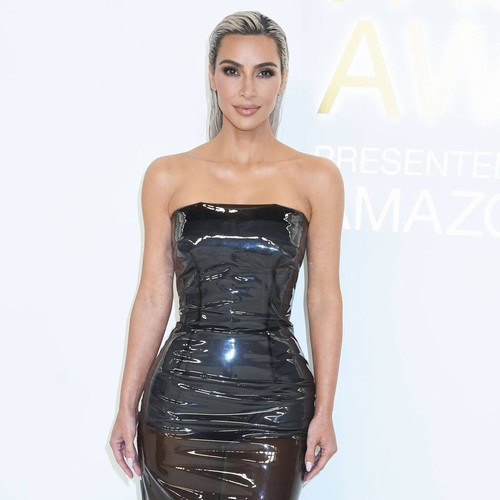 Kim Kardashian sometimes worries about potential suitors being scared off by her ex-husband Kanye West.

During an appearance on the Angie Martinez IRL Podcast on Monday, the reality TV star reflected on dating comedian Pete Davidson while getting a divorce from Kanye, the father of her four children.

Pete was frequently slammed on social media by the rapper when he dated Kim between October 2021 and this summer.

“(Dating) was just so new. I didn’t know what dating was for so long. I’d been in a relationship for almost 15 years, 12 years, something like that,” she began. “I don’t know, there’s a part of me that’s like, oh my God, is everyone going to be scared because I don’t have the easiest ex? I don’t think that’s fair for me to ever put someone in a situation or bring a new person in that could be super innocent… But then there’s a side of me that’s like why would I ever have to live that way?”

The 42-year-old shared that she is currently in her “fun zone” but is hopeful that her “perfect person” will be able to handle all of her baggage.

“I don’t know if I’ll get married again, but I’ll have my forever partner. I know that. He’s coming, absolutely,” she told the host. “I’m at peace and I’m gonna have fun until that happens.”

Kim noted that she has been “tested so much this year” by Kanye’s online outbursts but has learned “restraint” because she doesn’t want to get into a back-and-forth on the Internet. She insisted she feels free and has a “deep sense of calm” so it’s not worth wasting her energy “deflect(ing) every ridiculous thing that is said about me, even if it’s from the person that was closest to me”.

The SKIMS founder filed for divorce from Kanye in February 2021 and it was finalised in November.

Liam Gallagher happy to use songwriters

Darren Hayes had no freedom with major label