Dean Lewis: 'I've put out three songs in two years. And I wish I would have put out more' 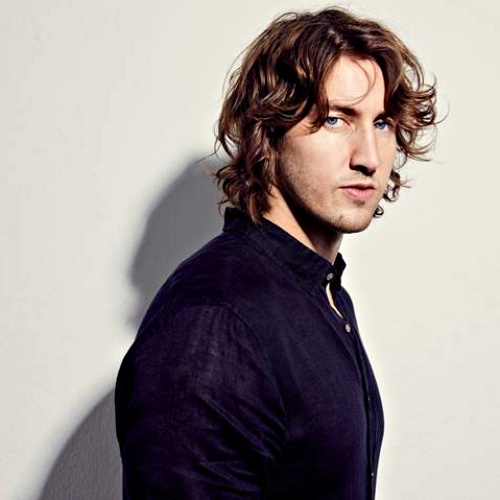 Post Views: 5
This morning on Fitzy & Wippa, we chat with Dean Lewis live from Denmark. Dean talks about his upcoming tours in Australia and Europe and releasing new music at the same time as Ed Sheeran and Harry Styles. He also talks about his fame in Denmark, saying no one came to see him at the airport when he arrived.

FITZY I listen to your songs though. I like to listen to the lyrics made. I’ve got to listen hard because you know what? It can be. It’s crushing sometimes. You know what I mean? You’ve had Yeah, why can’t you find love?

DEAN Yeah. Well, I mean, it just can those songs connect. No, but look, this is the sequel to Be Alright. You know. And, you know, that’s always heartbreaking. And and the last one I did was, I mean, actually, the last one was heartbreaking too.. I don’t know man, that’s just what I do.

WIPPA Someone said, our he’s like a modern day, romantic Paul Kelly. Yeah. And I said, What do you mean? He said, because he’s a great storyteller, his songs tell stories. So I mean, is that a natural place for you to draw from just what’s going on in your life? And therefore you can put it to music?

DEAN 100% You can always go back in time, and, you know, take little bits and pieces, like, for instance, Be Alright, was a combination of all these stories, my friends told me and something that happened to me, this song is a bit different in the sense that it was like, it’s all like the sequel to Be Alright in a sense that I’d found myself in the same situation again, but it was all that happened to me b and you know, it all is, you know, stuff that’s based around my life and the story in the lyrics is so important. And it’s been so cool to see this one react.

FITZY can I just say every time we speak to you I love because you’re either in another city in Europe somewhere or you’re either in the States or you’re performing for somebody it’s an it’s an unbelievable lifestyle that the everyday punter doesn’t know anything about it looks like you’ve got a really nice hotel room. So the career must be doing alright? like Have you started out at the at the budget Western Inn and now you’ve worked your way up?

DEAN So at the start when you get a record deal they send you over there. And you know, my brother be with me, he’d be sleeping on the floor, I’d be in a single bed. Yeah. And then be alright came out. And the nice hotels, you know, the last couple of songs, they put me back down a little bit to be honest, kind of Holiday Inn Express. And, you know, thank you, thank you label. But no, no, no, now this this whole list is started doing well. Um, they flew me over to Denmark and like, I’ve got a nice airplane ticket, a nice hotel. So things are good.

WIPPA So Dean Lewis are you still continuing to drag your brothers around?

DEAN Yeah Shawn’s staying…No, no, he’s back at home right now. He’s been on every tour. But he’s coming back out. The tour starts up in America in like six weeks and I’m gonna announce the Australian one very soon and the Europe one not yet but I’m not supposed to say that but whatever. And he’ll be coming back on the road with me so I’m pumped about that.

FITZY You know what I love about you as well Deano you don’t give a stuff, your taking on the big guys. You know what I mean? You released Hurt Less and congratulations, you got a million streams in the first like 24 to 48 hours so made it just went crazy straightaway. Congratulations. But you’ve released in the same day as Shawn Mendez and Harry Styles. You’re like, Let’s go boys. Let’s go. Let’s have fun here and see who comes out on top.

DEAN It was like the worst. It was the worst timing ever. I think my last song came out when Ed Sheeran put a song out and I was like just the worst timings. And now it’s like the second biggest and the third biggest singer songwriters. Right like You know, great, but surprisingly, it’s been, it’s been reacting well, and, you know, you know, straightaway, I mean, I’ve released songs and I know when, by the end of the day when you’ve released it, if people are reacting or not, you can kind of feel it. And, and I could, and it’s just, it’s gone right up to five charts and music charts. And we’re all like, so excited. And I’m, you know, I didn’t know if I get to have a song that would connect like this. And it’s still early days, but it feels really exciting. And we’re all kind of like pinching ourselves.

WIPPA You know what’s awesome to see too and I love your reactions is on Tik Tok. When people will take one of your songs, and they’ll sing it. And you know, some of them are phenomenal. But what a tribute that would be, that would be a huge moment when you realize someone’s embracing it so much. And there was one I saw the other day, there was about three or four girls together, singing along to it. And they were just in awe you know, amazing.

DEAN Mate it’s amazing. And they just keep flowing in. It’s so cool. I’ve put out three songs in two years. And I wish I would have put out more but to say that the songs from three years ago, my first album, people are still covering everyday and sending them in it just it blows me away.

DEAN TALKS ABOUT HIS FAME IN DENMARK

MATT DE GROOT (NEWSREADER) I am curious to know, because when half a man went nuts in Denmark, which is I think one of the reasons you’re there all of a sudden it went number one. And so you’re like well, let’s go to Denmark if that’s where I’m most famous. i You just walk down the street famous in Denmark and is that weird?

DEAN No, I actually posted on Instagram today that I was like flying in like I thought it was like, people would come and my and I had my friend with me and she was filming. And then we walked out like just in case and no one was there. But it’s all good.

WIPPA There’s another song in that.

DEAN I gotta be honest man.

Search and buy tour tickets below.

Related Topics:'I'vecubanflowLewis'music newsworld music
Up Next