Darren Hayes had no freedom with major label 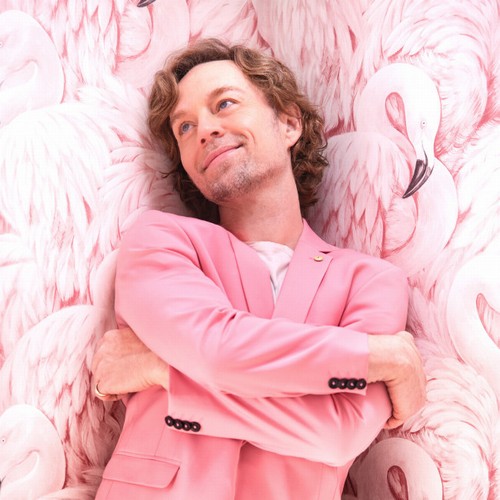 The 50-year-old singer – who released two albums with Savage Garden and his first two solo LPs via Columbia Records – released ‘Homosexual’, his third record under his own Powdered Sugar label, earlier this year but he doesn’t think his former bosses would have allowed him to use the title or have such creative freedom.

He said: “I would never have been able to make this record on a major label. Never. Even the fact that my first release from the record was six minutes long. No way. The title alone – it would have been like ‘Do we have to call it that?’ or ‘Could you call it something else?’

“Someone else could. Sam Smith absolutely could, because Sam arrived as Sam. Olly Alexander is Olly and we love Olly but because I have the history of me, it would have been ‘Can we have something that is just a bit like Savage Garden?’ It would have been very difficult.”

And Darren found working with a major label “exhausting” because he was involved so little in the decision making surrounding his own career.

“I used to have to hear the results of focus group meetings about photographs. That’s how controlling it used to be. It used to be like ‘Well, here is the cover you wanted but we put it through a focus group and they said your chin looked too weak in this photograph. And here is the one the president wants, so I’m sorry but the focus group said your strongest feature was your lips.’

But the ‘Poison Blood’ hitmaker acknowledged the “power” of a major label is beneficial.

He explained: “The downside is that it is still much more powerful to have a multinational company taking your song TV and radio because they can leverage another artist.

“They’ll say ‘Hey, here’s the new Darren Hayes single’ and radio can say ‘Yeah, not really feeling it’ and the label can say ‘Well we’ve this superstar artist playing your Jingle Ball. What if he didn’t play the Jingle Ball?’ and the radio will go ‘All right, we’ll play Darren Hayes.’ “

Related Topics:cubanflowDarrenHayesmusic newsworld music
Up Next