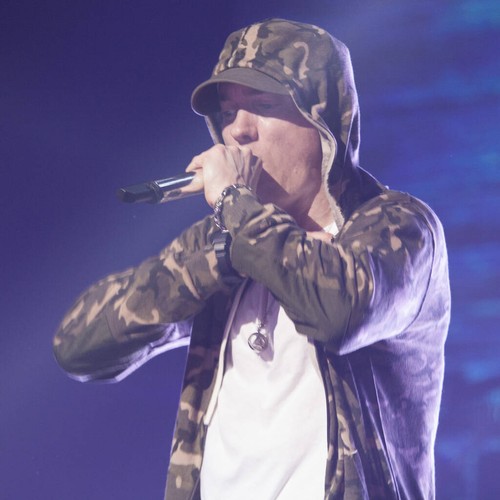 Bizarre has recalled how collaborating with Eminem was always “a lot of work”.

During an appearance on The Bootleg Kev Podcast, the Detroit emcee, real name Rufus Johnson, recounted his experiences collaborating with the Not Afraid rapper when he was part of the rap group D12 in the late ’90s.

“It was a lot of work, man,” Bizarre said of working with Eminem. “It’s a lot of work. I think we had fun after the studio, but, s**t, you know – being in the studio with Em, man, sometimes you could be in the booth for five, six hours doing one verse over.”

In response to Eminem being described as a “perfectionist”, the 46-year-old noted, “Yeah, he was on your a*s.”

He recalled, “I remember one time he got so sick with it, man, I went home and he wanted me to do some ad-libs over. And I guess he couldn’t wait for me, so when I came back the next day, he had did ’em for me.

In addition, Bizarre noted that Eminem, 49, was constantly improving his rhymes.

“I remember some advice that he gave me that I never followed, but I should’ve followed this s**t,” he shared. “He said, ‘Man, sometimes just go over the verses over and over again when you take it home. And ask yourself, ‘Did I say the dopest line right here? Could I have said something better right here? And if you think you could’ve, you know what I’m saying, come back and do it.'”