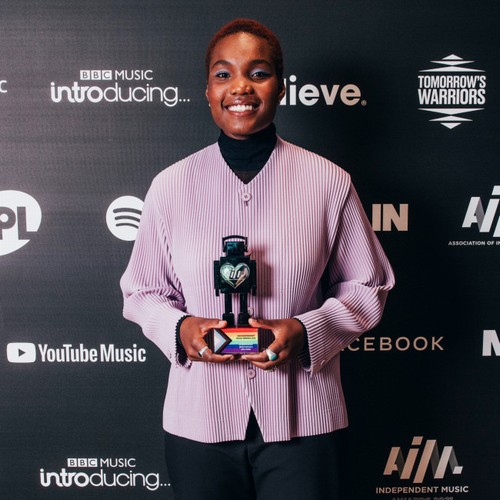 Arlo Parks was the big winner at the AIM Independent Music Awards 2021.

The ‘Hope’ hitmaker walked away with two awards at the annual awards ceremony on Wednesday (25.08.21), after she was named the winner of the UK Independent Breakthrough Award and Best Independent Album for her debut record, ‘Collapsed in Sunbeams’.

Speaking about her wins, Arlo said: “I want to say a big big thank you to my fans, to my team, I’m grateful to be growing every day as an independent artist and this period has been so difficult, so chaotic and so confusing, so to be able to bring people light in this time of need has been really special.”

Arlo’s two wins add to the One To Watch award she bagged in 2020, and leaves her tied for the most wins this year, after ENNY also took home to trophies for Best Independent Track for ‘Peng Black Girls’, and this year’s One To Watch gong.

ENNY said of her trophies: “Very very very unexpected, especially how early on everything has started happening, so I’m just really filled with a lot of gratitude. Wanna big up my team and everyone that’s been a part of this journey so far. Thank you!”

Other winners this year include Fontaines D.C. who picked up the award for Best Second Album, Jayda G, who was named International Breakthrough, and Lauv, who bagged his first AIM award for Most Played New Independent Artist.

Ben Bohmer was the recipient of the fan-voted Best Live Act, while the Pioneer Award went to Tricky, and the honour of Outstanding Contribution was given to singer-songwriter Joan Armatrading.