Alex James won't have a kitchen injury at Big Feastival 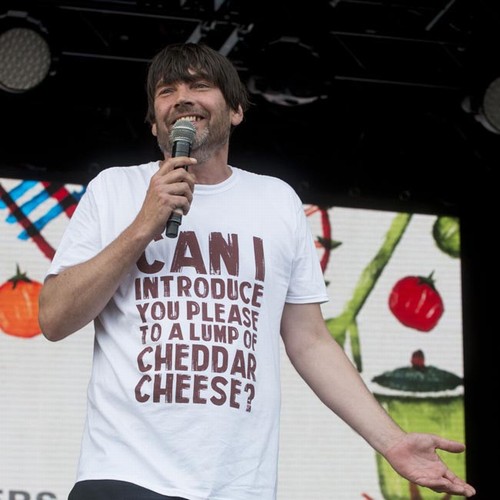 Alex James has pledged not to “cut [his] finger off” at his Big Feastival.

The Blur bassist will be throwing open the doors of his Cotswolds farm to festivalgoers later this month and though he’ll be getting stuck in to preparing food for the revellers, he joked he won’t be repeating the gaffe he made on TV show ‘Sunday Brunch’ in July, when he sliced a “big chunk” out of his finger and hand while cooking steak on air.

He told the new issue of Britain’s HELLO! magazine: “We really missed Feastival during the pandemic. We’ve got it all going on.

“I’ll be making the best roast beef and smoked salmon in the world, with caviar, truffles and chips, all washed down with our Britpop cider.

“But I’ll try not to cut my finger off.”

Alex explained he’d been given tips on knife skills by top chef Marco Pierre White, but they didn’t help when he was on the show.

He said: “Marco Pierre White once taught me to chop onions without looking, but I literally saw the knife take my fingernail off.”

Alex – who has Geronimo, 18, twins Artemas and Galileo, 16, Sable, 13, and 12-year-old Beatrix with wife Claire – is expecting 25,000 people at his Feastival and joked he feels like Pa Larkin from ITV’s ‘Darling Buds of May’ which starred Catherine Zeta-Jones.

He quipped: “I’ve made five children, six cheeses and seven albums… I’ve always been a big fan of Catherine Zeta-Jones!”

Meanwhile, the ‘Coffee and TV’ hitmaker doesn’t travel far for “spiritual fulfilment” because he can’t think of anything more satisfying than grazing on cheese in bed.

He said: “Bed is my favourite place to eat it. Claire and I share a love of good food and flop around while watching TV, eating and listening to music.

“Food and music have always gone well together.

“Ever since the Middle Ages, monks have been singing in their monasteries in the morning and making cheese in the afternoon.

“You can’t get closer to spiritual fulfilment than that.”

Ezra Miller identified with Ally Sheedy in The Breakfast Club

Kaytranada: ‘I was really determined to make an electronic album with Bubba’